Margot Comstock to deliver keynote speech at KansasFest 2014 by Peter Neubauer
Friday February 21st, 2014 at 11:53 AM

KansasFest 2014, the Apple II convention, is scheduled for July 22 –27 in Kansas City, Missouri. Margot Comstock, co-founder and editor of the much-loved Softalk magazine, will join us with a keynote presentation.

Comstock and Al Tommervik founded Softalk in 1980 to share the hardware, software, and people behind the Apple II. At its peak, Softalk had 250,000 readers and uniquely offered broad and deep coverage of everything Apple II related, including programming, game playing, business use, and home use. Later, Softalk Publishing produced magazines for the emerging Macintosh and IBM markets, ST.Mac and Softalk for the IBM Personal Computer. Softline, a game magazine begun by Ken William’s OnLine Systems and later renamed to ST.Game, was Softalk Publishing’s second longest-lived magazine. Softalk Books published several books by the magazine’s columnists and a Mac book by Doug Clapp.

The Apple II magazine ran for four years before industry changes and expenses led management to cease publication. In that time, Softalk earned many loyal fans, and a group of volunteers is working to archive and share issues. The Smithsonian Institution recognizes Comstock and Tommervik as pioneers of the microcomputer revolution and Softalk as a chronicle of that revolution.

KansasFest is an annual convention offering Apple II users and retrocomputing enthusiasts the opportunity to engage in beginner and technical sessions, programming contests, exhibition halls, and camaraderie. KansasFest was originally hosted by Resource Central and has been brought to you by the KFest committee since 1995. Any and all Apple II users, fans, and friends are invited to attend this year’s event. Registration details will be announced on the KansasFest Web site in early 2014. For photos, videos, and presentations from past KansasFests, please visit the event’s official Web site at http://www.kansasfest.org/.

Anita Elberse was on Charlie Rose awhile back to talk about her book “Blockbusters: Hit-making, Risk-taking, and the Big Business of Entertainment” and that interview had a large impact on me. In the interview she brilliantly emphizes the importance of a blockbuster product/feature in the context of a business. She was talking primarily about the entertainment sector, and I do not think that Firefox is entertainment, but I think the idea still applies quite well.

In the first year that Google Chrome was released they had a large number of blockbuster features, here are just a few off the top of my head:

This list is short, but it was effective, I constantly hear people tell me that they used to use Firefox and that they now use Google Chrome and they love the Unibar or Google Chrome’s speed, right after I tell them that I work on Firefox.

The fact that Firefox has caught up to Google Chrome on these features doesn’t matter. It’s like releasing a movie about ants right after a competing studio released a movie about ants, the effect isn’t the same because the latter seems like a copy, even if it is superior.

Now my concern with Mozilla is that it is too focused on catching up with Google Chrome and not focused enough on being better by creating a blockbuster feature.

Firefox has caught up or is working on catching up in many areas, and we’ve spent a lot of capital to do so. Rapid Release is done, Simple Extension APIs is mostly done, Speed is mostly done, per-window private browsing is done, the Shumway project is tackling the Flash issue, and there are other projects like Australis which is achieving UI parity afaict, pdf.js for a built-in pdf reader, and I’m sure that I’m missing some other projects.

It’s my opinion that simply catching up, or even achieving moderate superority on feature clones isn’t going to bring new or old users to Firefox. This can only be done with a blockbuster feature.

So to call projects that bring us parity with Google Chrome “innovation” is quite a difficult thing for me to believe. I do see how the implementations are innovative, but I am referring to design at the moment. In fact it’s hard for me to believe that any of the projects listed above will increase Firefox’s market share, and some of the projects, like Australis is at risk of moderately damaging our market share.

I contend that Firefox, or more specifically Mozilla, needs to design a blockbuster feature, or perferably many blockbuster features. This is what the add-on community is good at, and that community is what made Firefox great to begin with in my opinion. I think that some good examples of blockbuster attempts were Greasemonkey, Ubiquity, Ad Block, NoScript, Stylish, Tab Groups, Tree Style Tabs, Collusion, and there are good examples of semi-blockbuster features that were built-in to Firefox, like the Add-on Manager redesign, Social API, DevTools Tilt, and the DevTools Responsive Design mode. I’m not saying these were all successful, some were not, but they are all well crafted attempts, and they bring Firefox prestige and grow the community.

It’s late here now and I this post is a longer post than I am used to writing already, so I will have to save the rest for part 2+, where I suggest how Firefox can innovate in the future, but the truth is the Mozilla community is teeming with bright minds, and I would just like to conclude by saying that I implore you to think about blockbuster features, then try to built them! and join the #jetpack channel on irc.mozilla.org if you for help with that latter bit.

Think big Mozillians, at long last it is time to forget about what Google Chrome is doing.

sheppy
reply
I salute you, Scott Adams. And you too, Asok. Go do your thing.
Maryville, Tennessee, USA 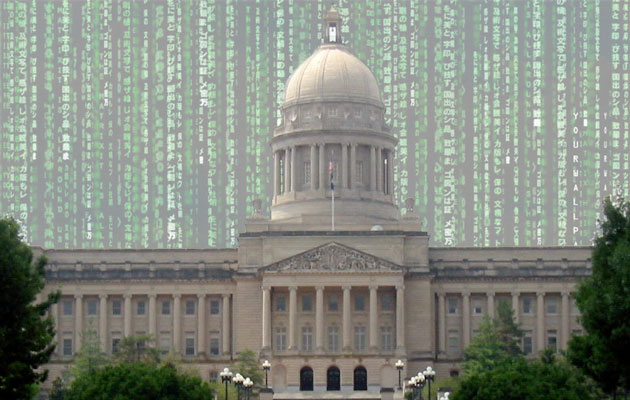 Concerned that not enough is being done to help kids with STEM (Science, Technology, Engineering and Math) subjects? Kentucky's Senate has just passed a bill that would count computer-programming classes as foreign language credits. That way, if ...

sheppy
reply
Not sure what I think of this. I like the idea of getting more kids to learn to code, but I think some foreign language is also worthwhile, if not necessarily as generally useful.
Maryville, Tennessee, USA

I have to hand it to the South Dakota Senate. When its legislators introduce an illegal bill, they make it brief:

An Act to prohibit schools from preventing the instruction of intelligent design.

BE IT ENACTED BY THE LEGISLATURE OF THE STATE OF SOUTH DAKOTA:

Section 1. That chapter 13-33 be amended by adding thereto a NEW SECTION to read as follows:

No school board or school administrator may prohibit a teacher in public or nonpublic school from providing instruction on intelligent design or other related topics.

That’s the whole bill, folks. Heck, the summary is almost longer than the bill itself!

Of course, brevity and legality are two different things. As I have pointed out many times before, teaching intelligent design in public schools is illegal, because ID is the same thing as creationism, and that’s religion, which is a no-no to teach in schools. In fact, it’s unconstitutional (that link goes to the written opinion of Judge John Jones in the Kitzmiller vs. Dover case—a federal judge, and, I’ll note, a conservative one).

I have no idea what chance this bill has of being passed. But if you live in South Dakota, I urge you to contact your local representatives and let them know—politely, please—that what they are trying to do is a bad idea. The sponsors of the bill should probably understand this as well.

Tip o’ the Cdesign Proponentsists to, of course, Zack Kopplin.

Glenn Jones reports that he and Oliver Schmidt are working on the next revision of the highly successful Uthernet card. The appropriately named ‘Uthernet II’ will be based on the Wiznet W5100 chip, which will require a new packet driver and support software. Key developers Oliver Schmidt (Contiki driver), Jonno Downes (IP65 W5100 support), David Schmidt (ADTPro) and Ewen Wannop (Marinneti/Spectrum) are reported to have already added or promised support for the new card. Alpha/Beta boards are anticipated to be sent out to a few testers sometime in February. 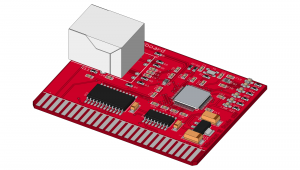 Are you interested in getting your hands on a new Uthernet II card when they start shipping? Send Glenn an e-mail and get on the waiting list!

sheppy
reply
Curious if there's anything to this project other than using different parts. Will it offer any improvements?
Maryville, Tennessee, USA